I'd really hoped to be posting about my completed 1930s green dress tonight, but it's proving to be contrary to the end, and still isn't finished. Looking back on the year, it didn't feel as though I'd really got a lot done, but when I actually looked in my wardrobe, I was pleasantly surprised.

Dance-wise, there were two new dresses, and an alteration for a friend. 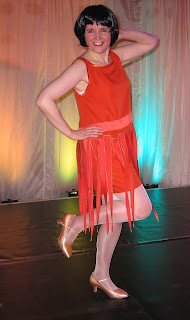 and my blue and gold devoré dress 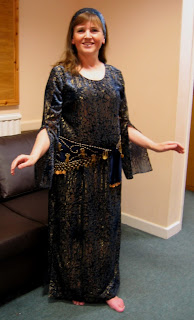 and gave one of L's dresses a new lease of life by replacing the skirt.

Of my other sewing, the sewing bag I made to take to classes was a definite success 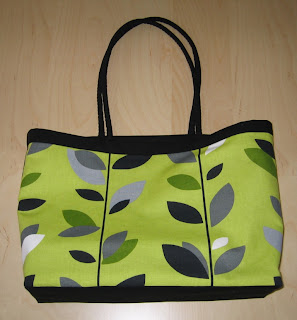 the feed sack dress rather less so! 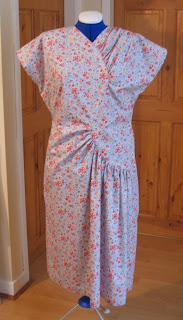 The biggest spur to my 2013 sewing however was of course the wonderful Historical Sew Fortnightly.

It encouraged me to get a few things of my UFO pile, such as the embroidered-but-not-made-up Bedouin bag for the Accessorize challenge 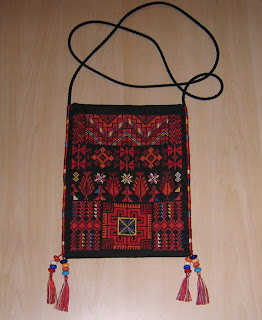 the purple satin corset from hell (and if I ever mention using satin in a corset again, someone please remind me about this particular project!) for the Lace and Lacing challenge 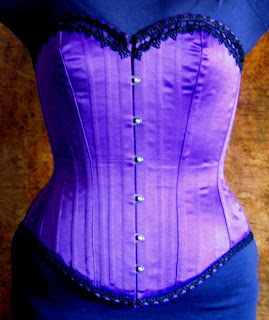 and of course Mr Tulip's djellaba for the Generosity and Gratitude challenge. 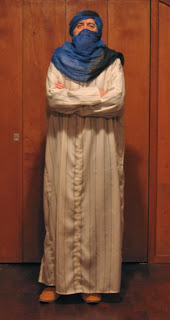 I've always been interested in historical clothing (over Christmas we watched a programme about Ladybird Books, and it struck me that The Story of Clothes and Costume has a lot to answer for), but until this year I had never tried making anything other than modern clothing. The Historical Sew Fortnightly finally prompted me to have a go. 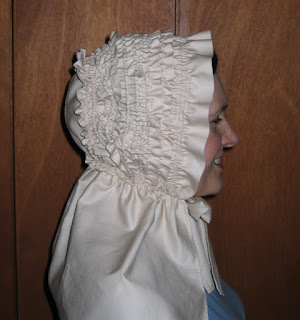 made a traditional Tunisian costume for Squares, Rectangles and Triangles 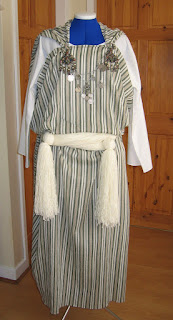 made my first attempt at drafting a historical (well, 1930s) item from scratch and used up some stash fabric (double win!) to make this dress for Eastern Influence 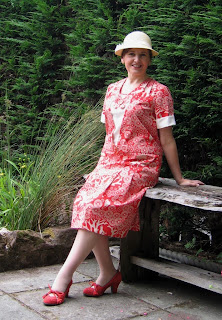 made a late teens blouse (possibly technically a UFO, as I had made the lace for the trimming years ago) for Separates 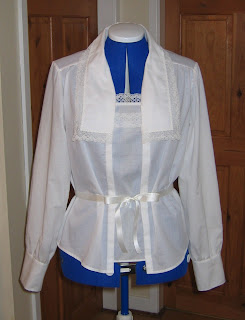 and last but not least, my favourite project of the year, made a 1930s bag for the Wood, Metal, Bone challenge. 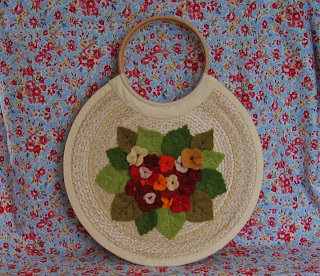 However more than any of the things I made, I think that the real achievements of the year are:
1) getting a whole lot better at hand sewing, and
2) after (cough) years of sewing, finally learning to sew with a thimble!


So what might 2014 bring? Well, I may have finished three UFOs this year, but I'm taking two into 2014, so that's not really progress. Despite my best efforts, Vogue 8686 is not going to be finished before Hogmanay. Meanwhile, I think the target for my beaded 1920s dress should be 'before Hogmanay 2014'.

I've got a whole raft of contemporary fabric and patterns which I want to make up; some of the patterns and the fabric even go together. And while I hate to say it, 2014 may be the year when I finally give in to the strange lure of the Style'n'Fit kit!

The Historical Sew Fortnightly is carrying on for 2014, and is already generating a totally unrealistic want-to-make list. I've loved seeing what other Challengers have made this year, and it has given me so many ideas. The Dreamstress, Jen of Festive Attire and Lauren of Wearing History have all made lovely 1930s outfits, and as I don't have any reason to wear 'proper' historical clothing, following their example and making clothes I can wear for everyday is very tempting. Plus, the cut-off date for the Historical Sew Fortnightly has been extended from 1939 to 1945, and I've got a couple of 1940s patterns in mind....

Then again, despite having absolutely no use for it, having a go at a complete, purely historical outfit is very appealing. I am a dress-lover at heart, and I've been inspired by so many stunning examples in the Historical Sew Fortnightly; the beautiful Sailor Suit made by Gina of Beauty From Ashes, the 1897 Tea Gown by Lauren of American Duchess and the Tissot-inspired Early 1870s Day Dress by Natalie of Frolicking Frocks, to name but a few.