On Friday Mum and I went to Shrewsbury for the day, and as it’s such an interesting place, I thought I’d share it with you. Unfortunately the weather wasn’t great, so my photos don’t really do it justice.


The first thing about Shrewsbury is, how do you pronounce it? Some people start the name with “Shrew” (rhymes with ‘grew’), whereas others start with “Shrow” (rhymes with ‘grow’). A few people ignore the problem altogether and just call it “Salop”, a name which confusingly is used for both the town and the surrounding county of Shropshire. My mum, whose family came from Shropshire, uses the first pronunciation.

The town is tucked into a loop of the River Severn, with the castle strategically placed on the narrow neck of land to the north.


What the map doesn’t show is just how hilly Shrewsbury is. All the roads which lead from the town centre to the river are quite steep.


This is just as well really, as the Severn is prone to flooding.


In the Medieval and Tudor periods the town flourished, mostly due to the wool trade, and it still retains a medieval street plan and curious street names.


There are lots of half-timbered buildings in the town. Some are the traditional black and white. 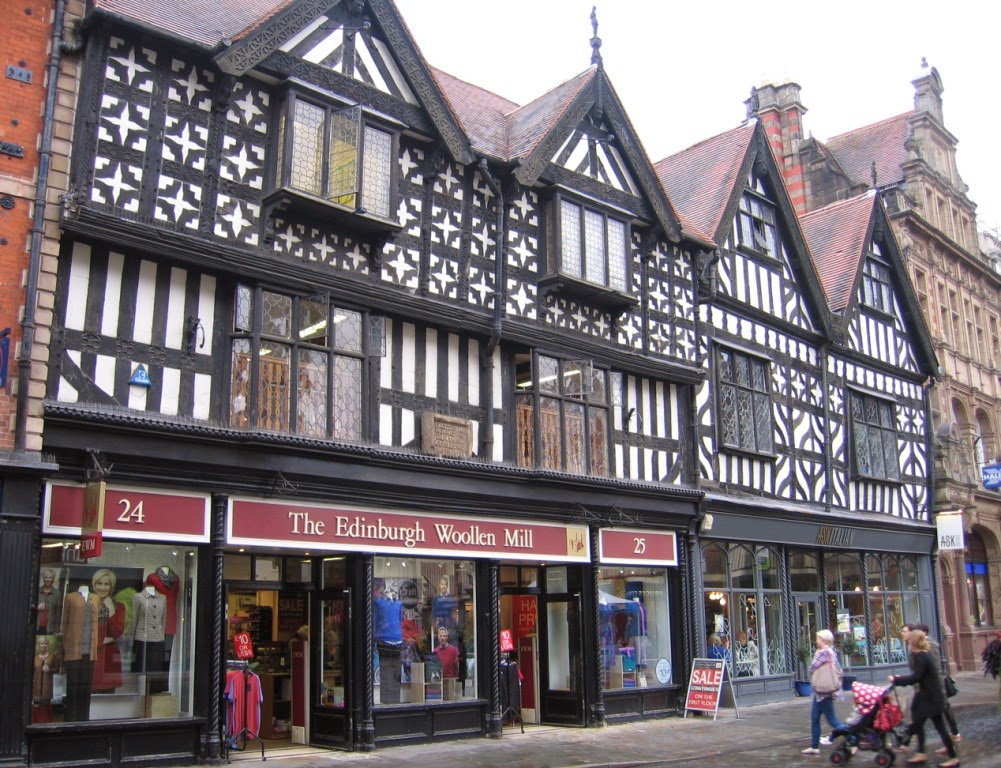 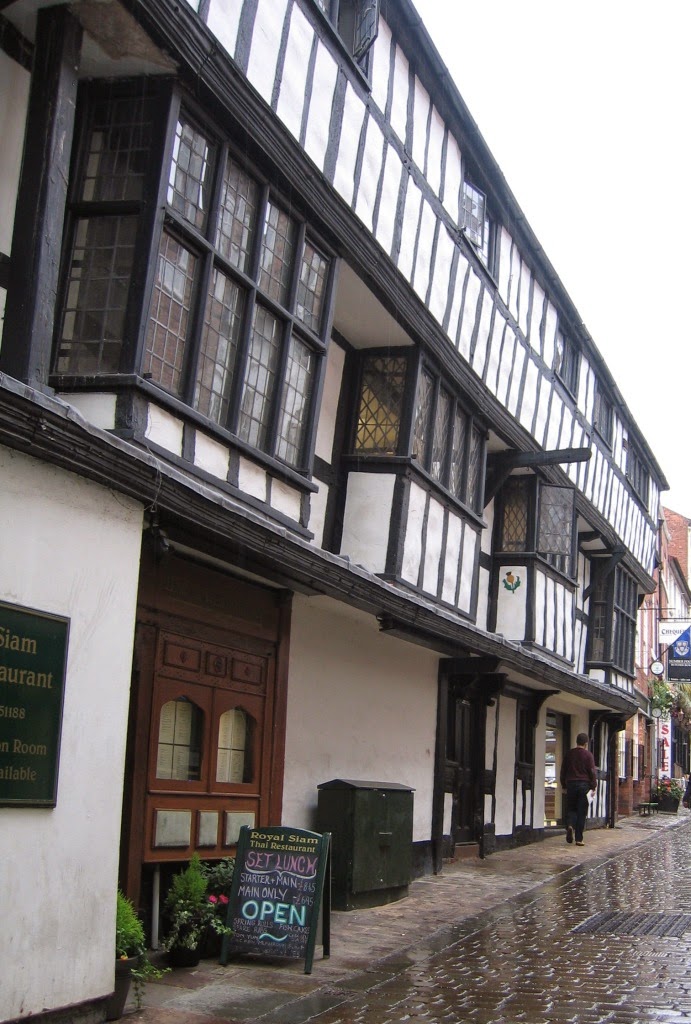 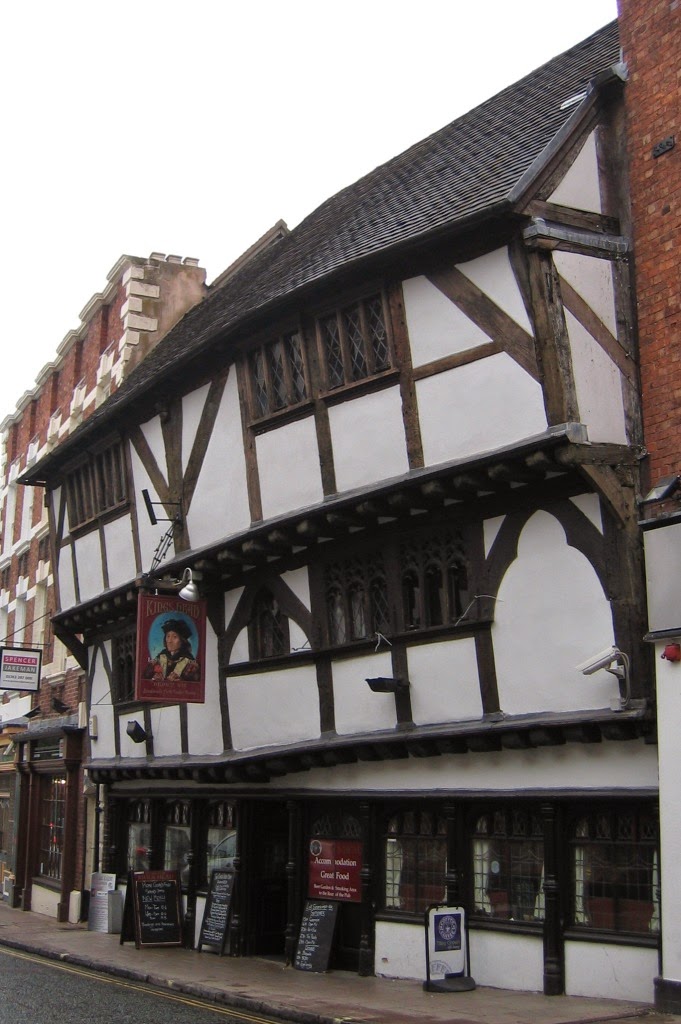 Whereas on some the wood is kept a more natural colour. 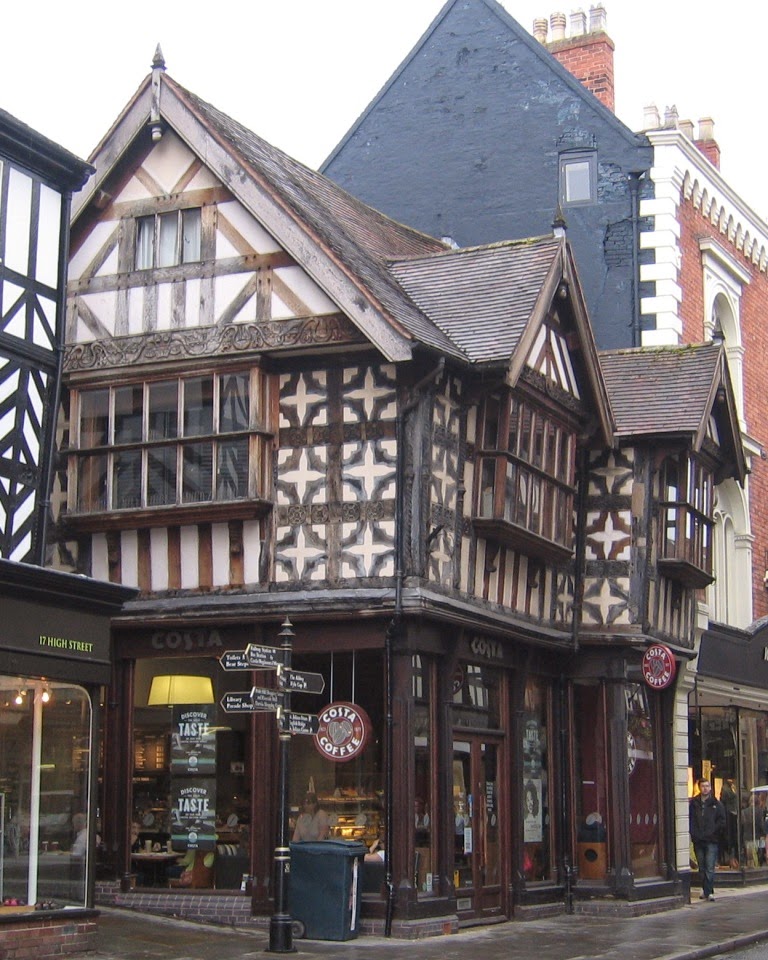 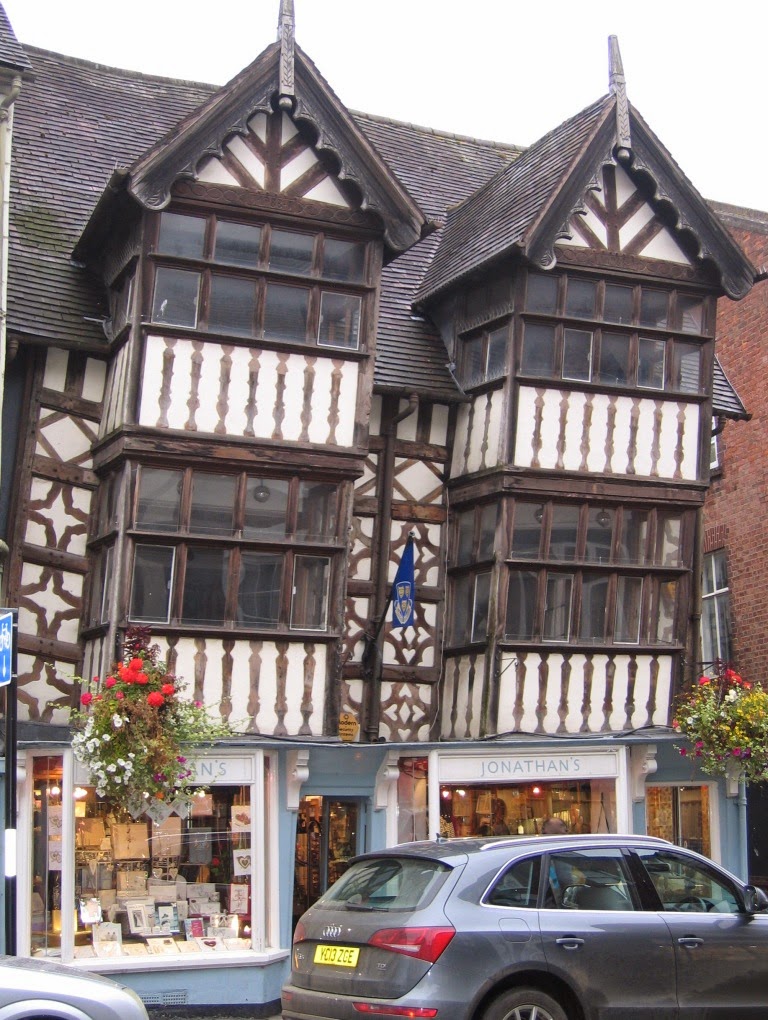 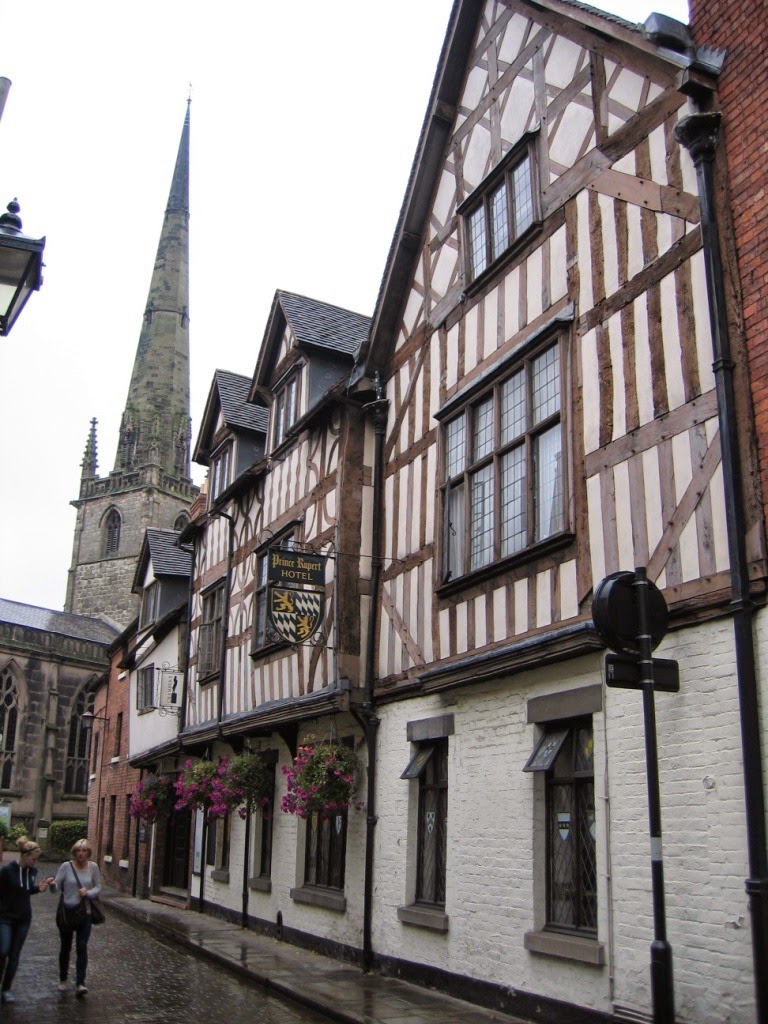 There are also some Georgian buildings. 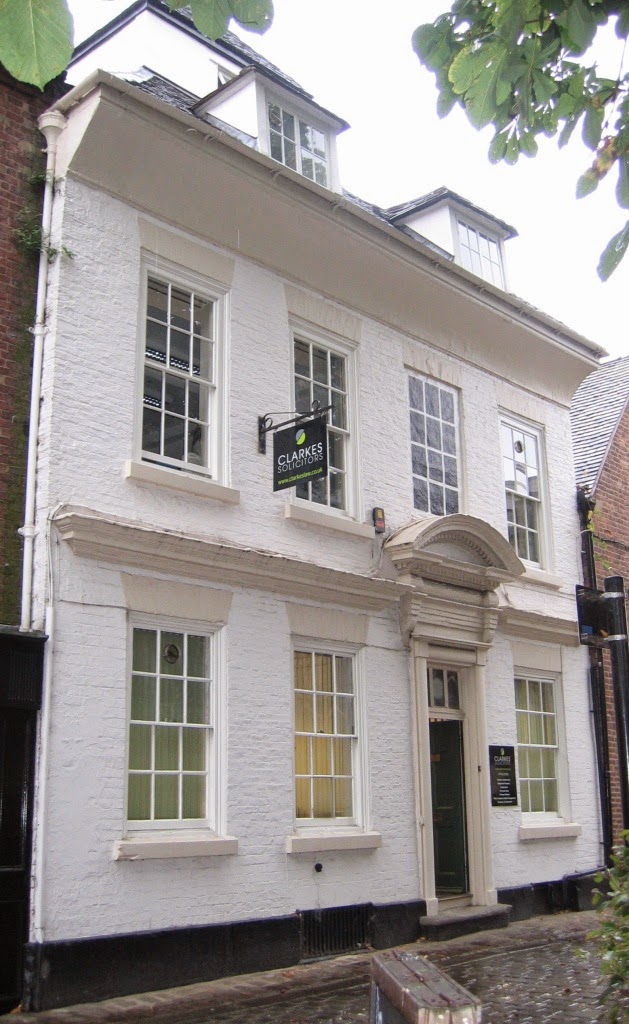 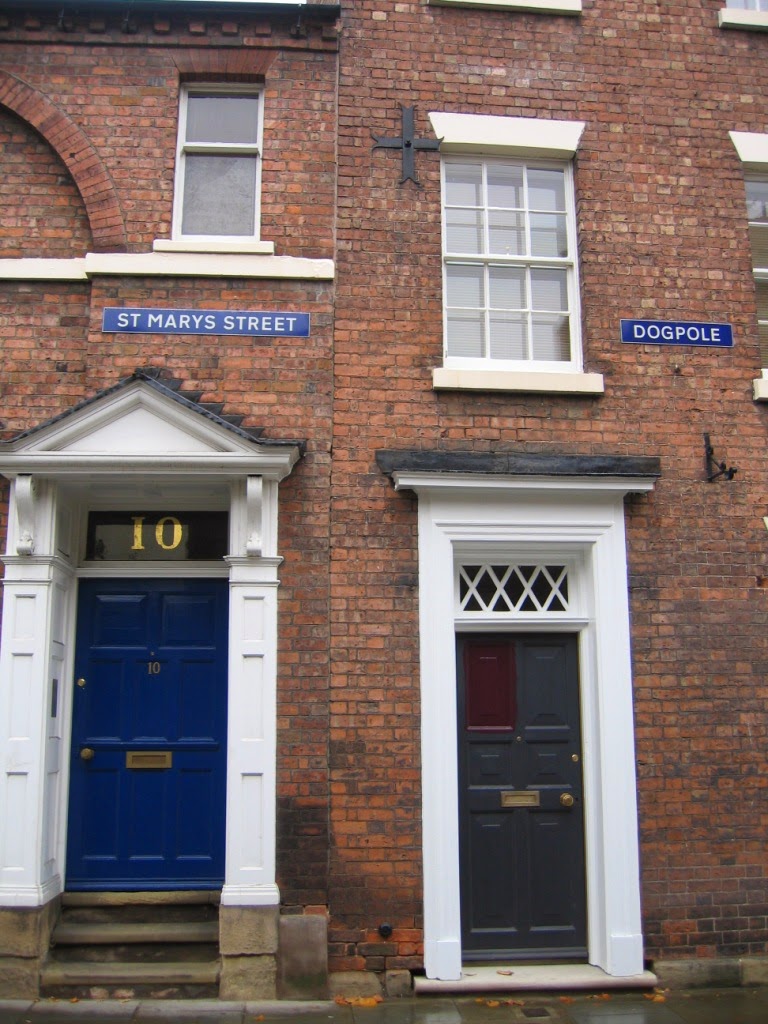 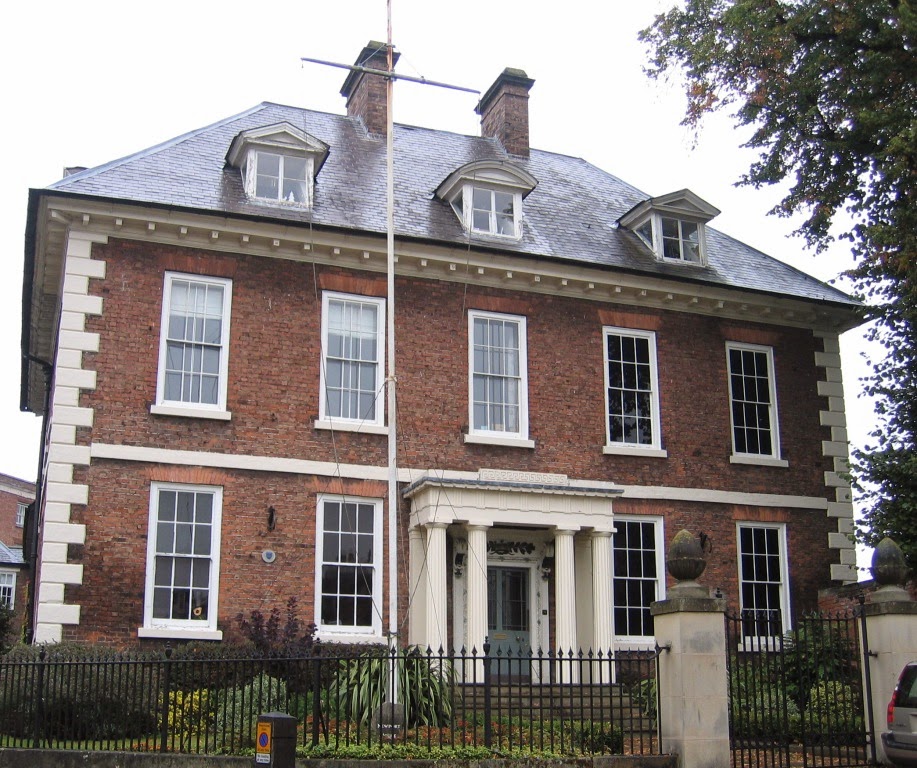 And a Georgian bridge.


There are of course some modern buildings, including a couple of shopping centres. One of the nice things about Shrewsbury is that many of the big chain stores are in the shopping centres, while a lot of the older buildings are home to small, independent shops. At the bottom of Mardol is one such shop.


Don’t be mislead by the shop front; the business extends into the premises next door. Plus, like a lot of shops in medieval towns like Shrewsbury or Chester, the property extends a long way back. I spent a very happy time browsing the various departments, and yes, I did buy some fabric. Hopefully you’ll be able to see my purchases in forthcoming posts. 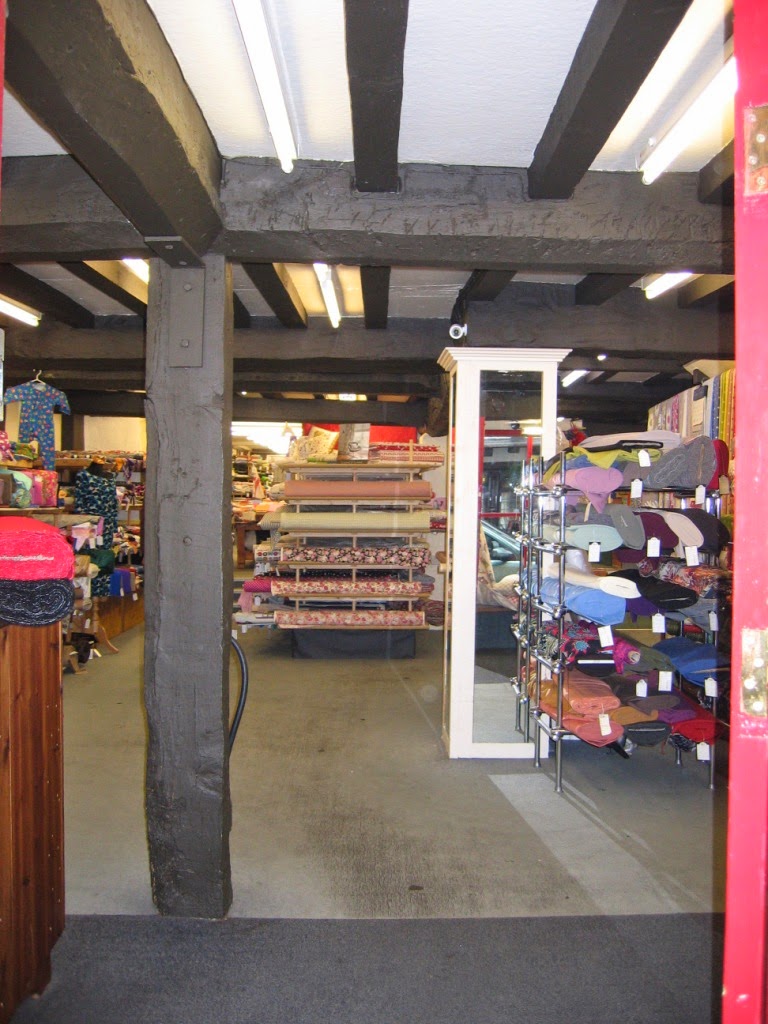