This week, I have been making a pair of satin pyjamas for Mr Tulip. This isn’t as decadent as it sounds; there is a good practical reason for it. One of the problems which Motor Neurone Disease causes is that as all the muscles get weaker, it becomes harder to move around in bed. Crisp cotton jim-jams against crisp cotton bedding just make the problem even worse.

When I first posted abut Mr Tulip’s diagnosis, Lyndle very kindly sent me a link to her late friend’s blog in which he recorded his life with the disease, and it was here that I came across the idea of counteracting the bed problem with slippery fabrics. I’ve not been able to source any satin bed linen yet, but pyjamas were another matter.

It took a while to find a suitable satin. Too thin would be a bit chilly, and too thick would be heavy, which could defeat the whole idea. Finally I found a soft satin in a rich purple, and putting aside memories of my previous trauma with purple satin, I got to work.

For a pattern I started from Simplicity 1504. 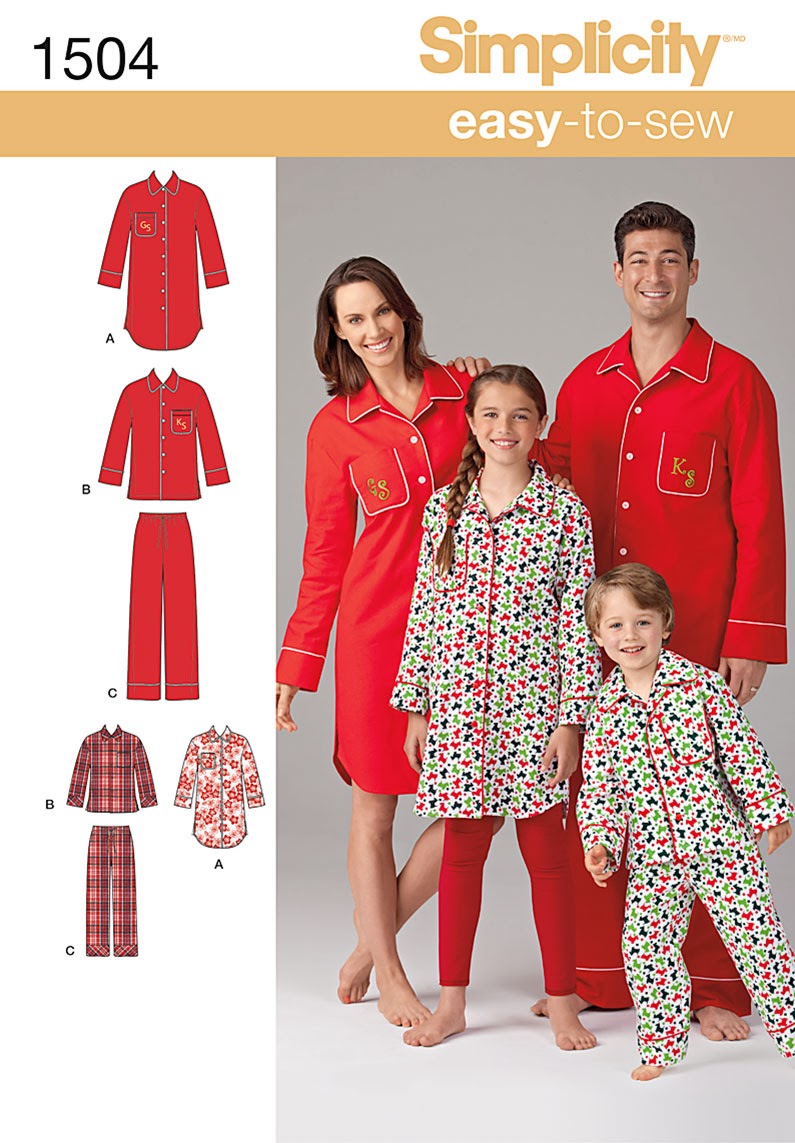 I’ve not used Simplicity patterns for a long time, so it came as a shock to discover that unlike most multi-size patterns, Simplicity do not use different line styles for each size. So, I had to keep my wits about me when cutting out.


I made a few alterations to the pattern; lengthening the sleeves and legs, and dispensing with the bias-cut cuffs on both. I also made the breast pocket slightly larger, to hold the TENS machine which My Tulip sometimes uses, and moved the waistband up to the waist instead of the 2.5cm /1” below which the pattern specifies.

I also discarded the suggested cutting layout, and made up my own instead. The pieces fitted together nicely, and only took up 3 metres of fabric (which leaves me with a spare metre of purple satin, not sure what I’ll do with it!)


The trousers in the pattern are pull-up with a drawstring, but Mr T finds a fly front easier to use. I have never made any trousers before, so this particular alteration required a careful study of an existing pair of his pyjamas, and a generous helping of guesswork.

I altered the front crotch seam to add an extra piece for the fly.


On one side I put on a facing, on the other side I folded the fabric back and turned the raw edges under. Then I sewed the two sides together along the bottom of the fly. Rather to my surprise, it worked!

As ever with me and satin, the seams ended up a bit puckered. However I discovered that this time it was the overlocking to finish the edges which caused the puckering, not the straight machining. Where the seams weren’t overlocked, they were pucker-free. So that’s definitely an improvement in my satin sewing technique. Yay!

As with Mr T’s shirts, I used press studs rather than buttons for fastening. I did add buttons on the front though, just for the look.

The end result is quite alarmingly shiny. Obviously most of the construction is done right sides together, so it wasn’t until I had pressed the completed pyjamas and turned them right side out that I saw just how shiny they are. I wasn’t quite sure how I was going to display the finished article, as they drowned my dress form. However Mr Tulip gamely agreed to model them, so here they are!