Mr Tulip and I have been away for a few days, visiting Hay on Wye.

Hay on Wye is a small market town in Wales, just over the border from England. It has winding lanes with picturesque cottages,


an old market building, which is still in use, 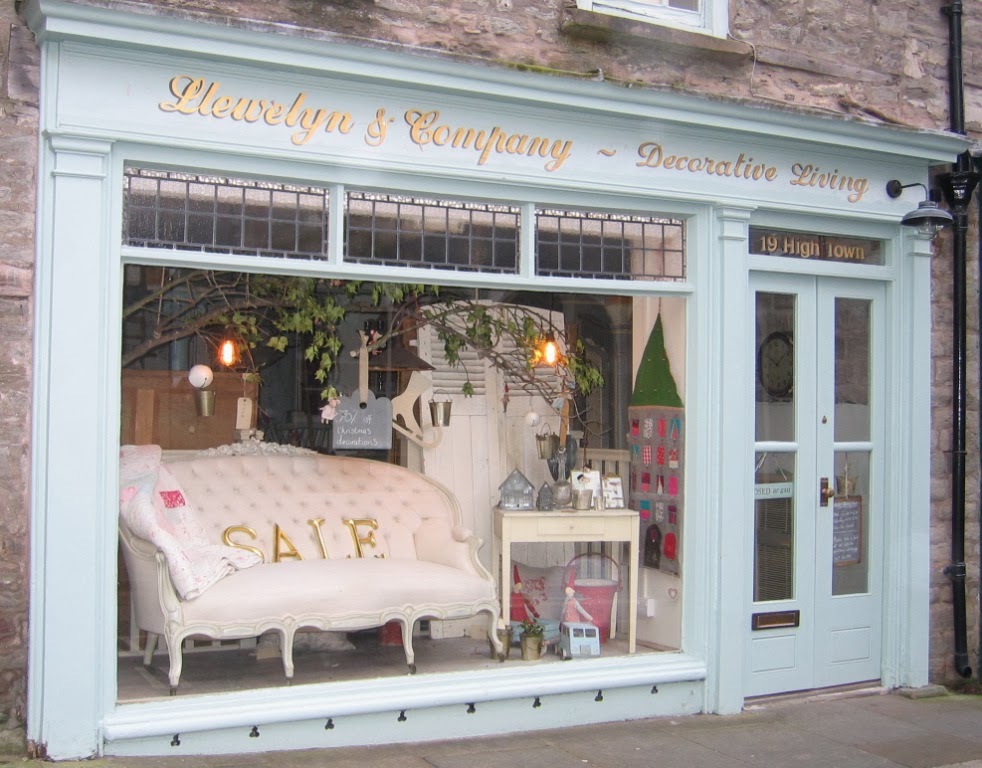 a castle which has seen better days,


and even a shop which appears to sell nothing but chandeliers and garden furniture! 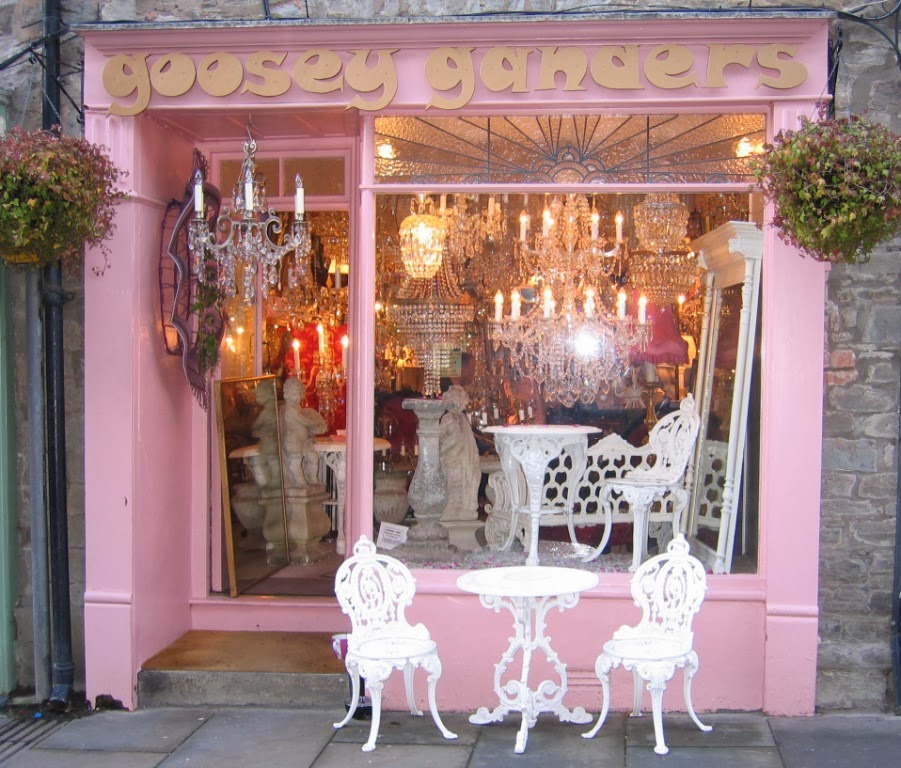 But Hay on Wye is best known for one thing.


In 1962 Richard Booth opened a book shop in Hay, and Booths is still in the town today. Over the years it has been joined by many other bookshops, and Hay is now the National Book Town of Wales, and home to the annual Hay Festival.


There are bookshops everywhere, mostly secondhand. Some are specialist, like Boz and Murder and Mayhem.

Even the former cinema is now a (massive) bookshop.


While some of the books aren’t even in shops!


Amazingly, there are some shops in (less ruined) parts of the castle; including The Old Curiosity Shop, which sells vintage clothing, sheet music, magazines and assorted bits and bobs from the 1940s, 50s and 60s. I didn't buy any clothes, but I did have a happy time browsing through boxes of buttons and buckles (and yes, made a few purchases).


After fabric and general sewing/crafty stuff shops, there's no shops I like more than secondhand bookshops. Just seeing old books, with their wonderfully decorated spines, is a pleasure.


Some of the shops are more than just rows of shelves; Addyman Books houses some of its stock in the interior of a nineteenth century Transylvanian Church!


Sometime I'll post about some of the books I bought, but I'll finish with this image, which sums Hay up perfectly. 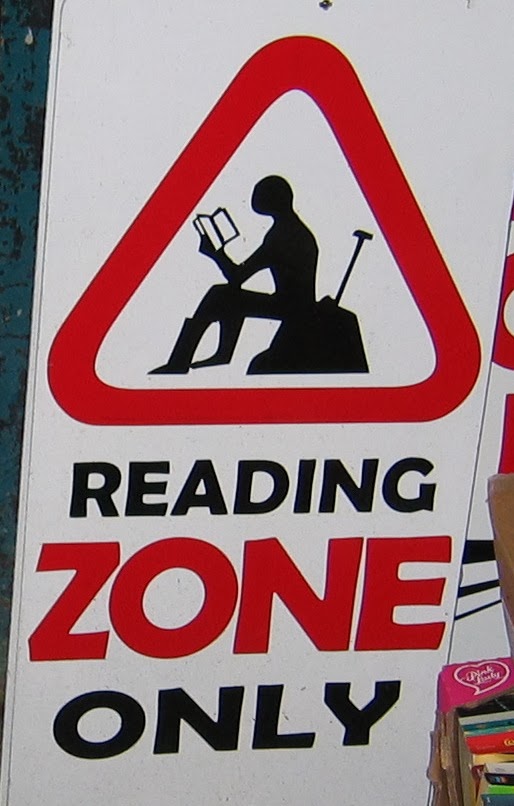