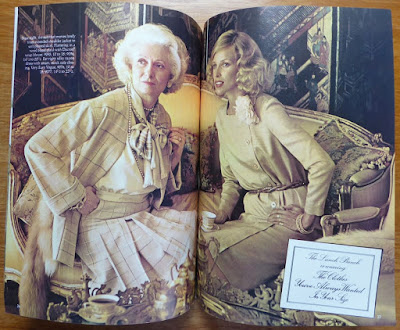 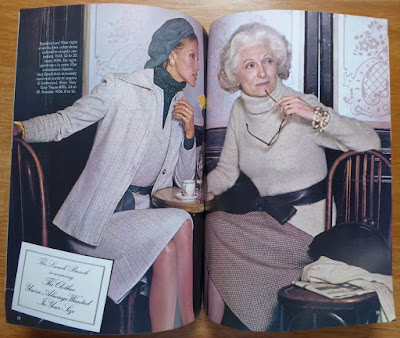 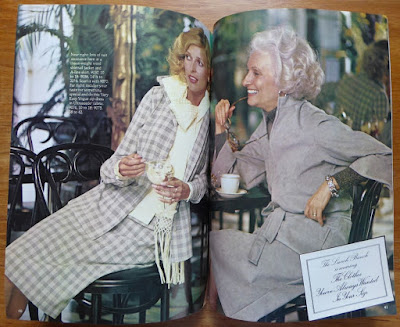 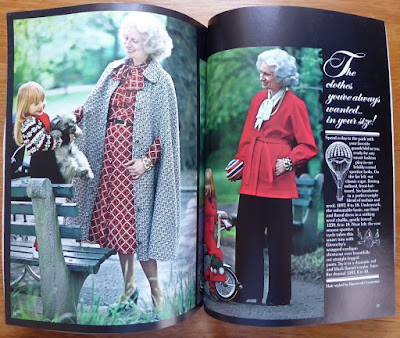 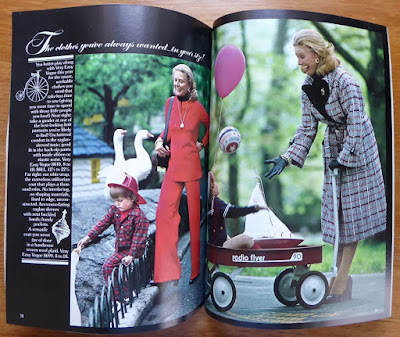 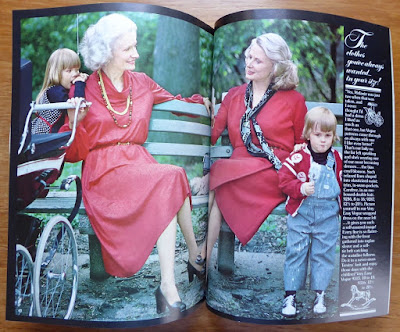 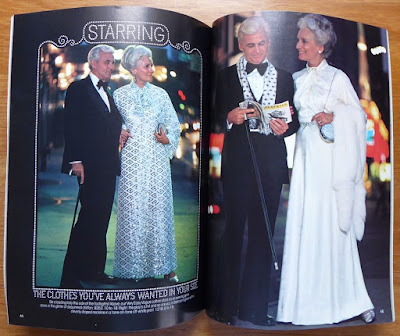 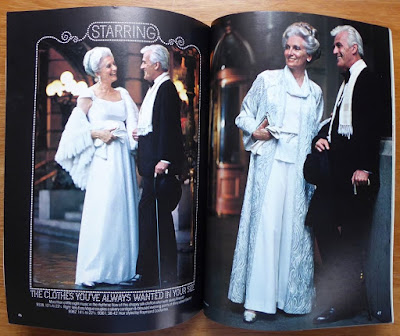 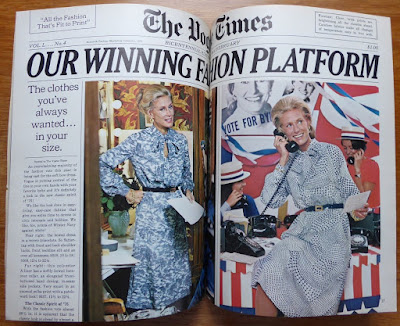 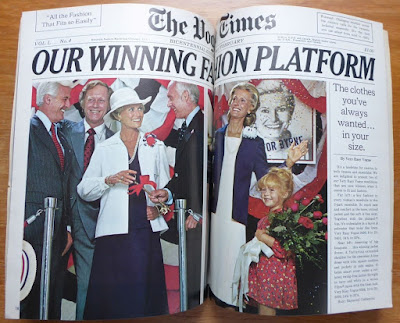 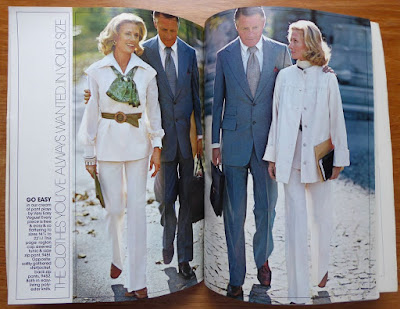 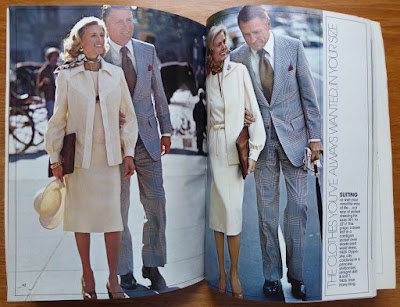 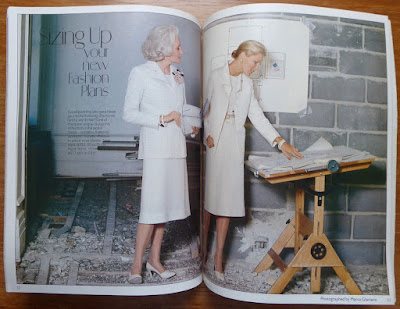 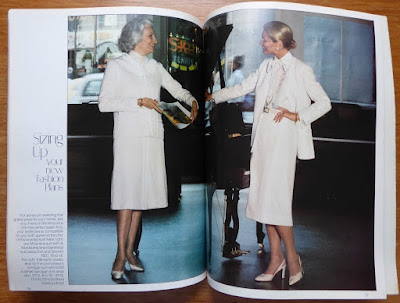 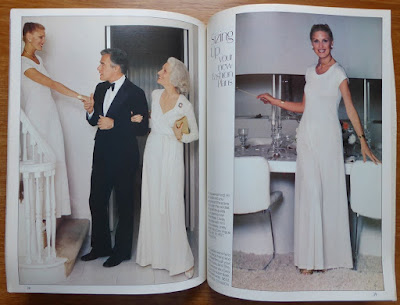 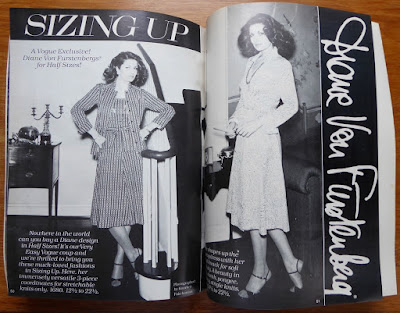 I need to check properly, but I suspect that this marked the end of 'Vogue Patterns' featuring older women. Airbrushing and/or the routine use of younger models are so much the norm nowadays that there is something almost shocking about some of these images. I can't think when I last (ever?) saw someone of that age in a modern sewing magazine - it is depressing to think that we have gone so far backwards from that brief period in the 1970s when patterns shaped for older women could actually be shown on older women.
Posted by Black Tulip at 21:46