I'm in the midst of a big project which I don't want to post about just yet, so have no sewing to share this week*. What's a girl to do in such circumstances? Well, I never tire of drooling over other people's vintage pattern stashes, so here's some of mine.

I've posted about my vintage patterns before; you can read the posts here, here and here. That was three years ago however, and the collection has grown a bit since then. Some I've bought at vintage fairs, some I've found in unlikely places, and very occasionally a friend having a clearout says, "I've found some old dress patterns, would you like them?" (I try not to squeal in such circumstances, because it's a tad undignified, but . . .)

So, in roughly chronological order, (based on the appendices in the two Blueprints of Fashion books, dates on patterns themselves, and guesswork), here we go.

This is the oldest pattern I own, from the 1930s. I will make it up sometime, but I must admit that I find the (lack of) instructions slightly scary! 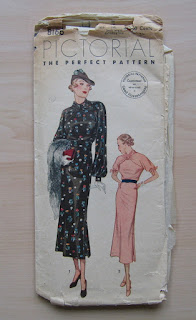 Judging from the pattern numbers, the next two are pre-1939. I love the fact that 7598 includes a drawing of a zipper on the pattern envelope, and also reassures the purchaser that, "Instructions for Sewing in Slide Fastener Included"! 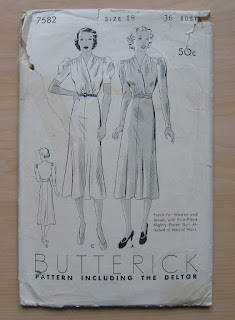 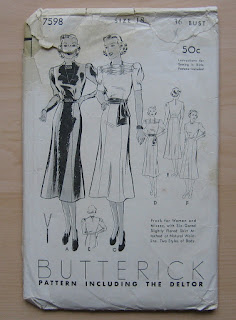 Advance 2229 is from 1939. Lovely style, and cute pocket detail, but that's a lot of buttonholes to hand sew. 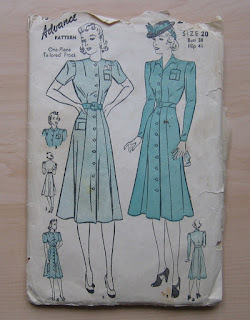 Not being into frills, I think that I'd give view 1 of this 1944 Hollywood pattern a miss. I do like the scallop detail though, so it would be view 3 for me. 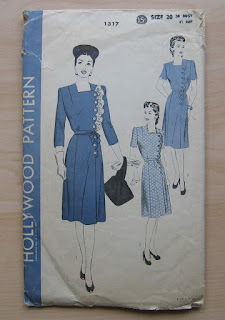 From 1947, this Simplicity pattern is only a year before my recent housecoat dress. As well as showing the contrast with the New Look, the envelope is of poorer quality paper than Simplicity 2683, which reflects things improving after the war. 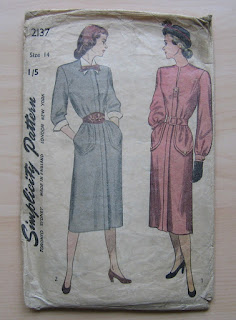 I have no idea of the date of this next pattern as its number, 507, seems very odd. I'm guessing late 1940s though. 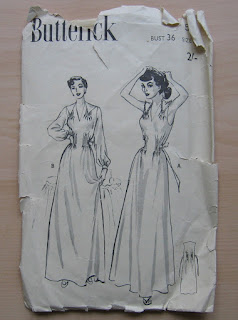 This Simplicity blouse pattern is from 1951. I love the dark blue and lace version. 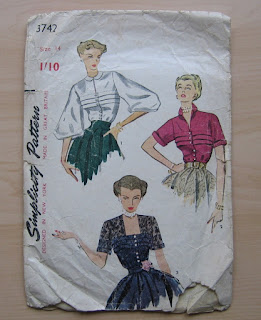 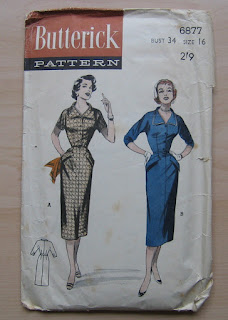 The rest of my 1950s patterns are all date-free, in part because they are from smaller patter companies. I had heard of Bestway patterns, but Blackmore (based in Bletchley, Bucks) was a new name to me. 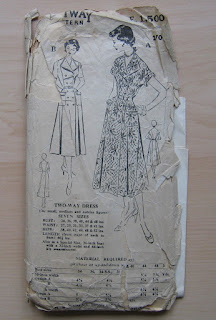 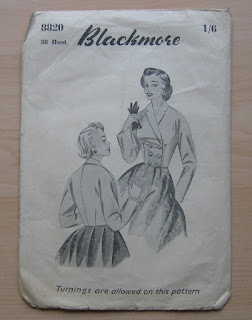 Then there is my old favourite, Weldons. 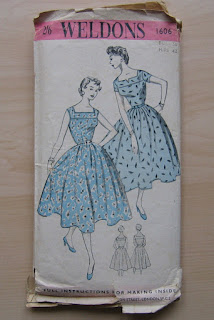 This pattern is on loan from my friend Kebi, and is unusual that it isn't in an envelope. Instead it's in a wrapper, with the instructions printed on the inside. 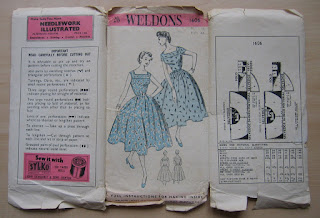 Onto the 1960s, starting with this undated (but including metric measurement) blouse. 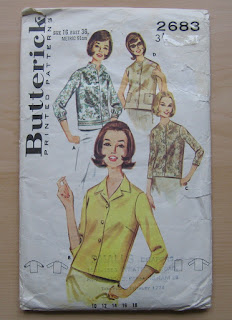 And a 1968 dress clearly aimed at the younger market. 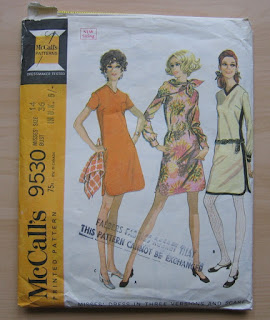 Finally for now, two 'half size' patterns, from 1966 and 1968. I'm guessing that the unusual size meant that the first one was a special order, hence the note, "Mrs Millington, Riddings, To Pay" scribbled on the envelope. 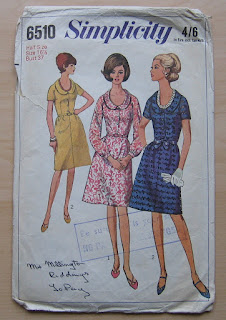 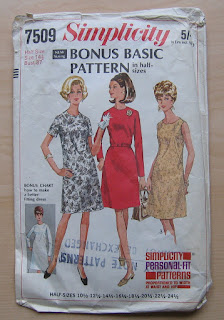 Some manufacturers produced patterns in sizes 13, 15, 17 etc, but clearly Simplicity stuck to dress sizes instead, and added the ½. I'm intrigued by the dart placements on the 1968 pattern.

So many patterns, so little time!

* - Hint: it's for a later historical Sew Monthly challenge. I'm still hoping to do something for each challenge, just not, in the words of Eric Morecambe, necessarily in the right order. A number of them might appear in the "Re-Do" challenge in December!
Posted by Black Tulip at 19:14