This month’s Historical Sew Monthly challenge is Heirlooms & Heritage, and you can see what the other challengers have made here. This challenge is all about honouring history and the future by celebrating our own personal heritage, or creating something that will be a heirloom for the next generation of sewers and makers.

The requirement is to:
“re-create a garment one of your ancestors wore or would have worn, or use an heirloom sewing supply to create a new heirloom to pass down to the next generations”,
but I’ve bent the rules slightly, and instead undertaken a task which I know my maternal grandmother did; trim a hat.

You can read my original post about the sewing gene in my family here but here's a brief recap of my grandmother’s story. Her mother died then she was 16, and four years later her father remarried. Her new stepmother owned a hat shop, and this photograph from 1915 shows the lady who would become her stepmother standing in the doorway of the shop. The ornate sign was painted by my great-grandfather who was a signwriter as well as a painter and decorator, and later a photographer. 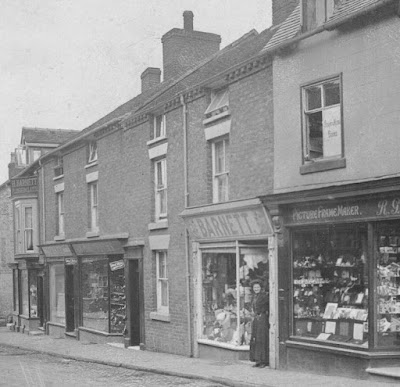 My grandmother and her sister had to serve in the shop. On top of that, in the evenings they had to trim hats for customers – all for no wages! This photograph shows them standing outside the shop, now renamed, so it must be from 1921 or later.


So trimming a hat was a way to honour my grandmother’s hard, and unpaid, work.

I had decided a while ago that I wanted to make a hat to go with my Wiener Werkstätte dress. The online archive of the Museum of Applied Arts has plenty of examples: some more, shall we say, 'unusual' than others. I settled on this one.


Stripes, feather trims and metal ornaments all seemed to be common features on Wiener Werkstätte hats.


The hat itself came from British Home Stores. I forgot to photograph it in its original state, but here are two images from the BHS website. 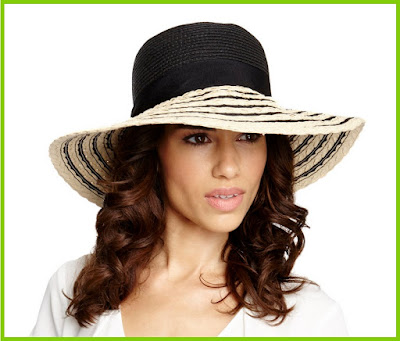 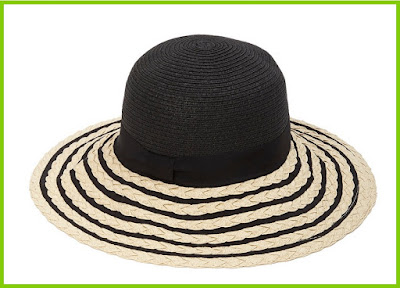 The crown was far too high for what I wanted, but I took the hat along to a course at Hat Works (more on that soon) and Sue and Marie very kindly helped me to reblock it to a more suitable shape.


The hat’s stripes are not made from two different colours of straw, but from alternate bands of wide straw plait and black ribbon.


The way it was stitched together looked fine on top, but on the underside both sets of stitching were visible; which meant that they would show when the brim was turned up at the side.


The only solution was to unpick the stitching a bit at a time and redo it on my sewing machine with a cream thread on top and black thread in the bobbin. This took a long time, but was worth it.


Some of the feathers were bought, others I picked up in my garden. We have a lot of gulls in the area, and I think that the large brown feather on the left might be from a juvenile herring gull. The two black feathers on the right are probably from magpies, as they are slightly iridescent.


The feathers were made into pads on felt backing. Originally I was just going to sew them into place, but found that it was much easier to (whisper it) glue them, and then sew over the top for extra security. Trying to do the whole thing on one pad proved far too awkward, so I made it in several sections and sewed them together.


I couldn’t work out what was at the base of the feathers in the original hat photograph; it is too blurred. However several of the examples in the archive seem to have frilled trim on them, so I gathered up some lengths of folded tulle, and sewed then onto a further felt section.

The metal trim was recreated from materials not normally found in Historical Sew Monthly challenges.


The interior of metal tubes of tomato purée is discoloured by the tomatoes over time; the longer it takes to use the purée, the darker the metal becomes. Because it is a soft metal, it is easy to emboss. I drew out my design, and then copied it onto tracing paper.


This was then turned over, and fastened to the wrong side of the metal with sticky tape.


Then I went over the design with a biro, and filled out some sections with a ball-ended tool. Finally the piece was cut to size, and folded over a curved template made from part of the plastic fruit juice bottle.


The rose was made using a technique I learned on the Hat Works course. In order to tie it in with both the dress and the metal trim on the side, I covered the centre section with some of the leftover organza.


Once all the various parts were made, putting it together was easy. I attached the feathered section to the underside of the brim, then sewed the brim to the crown. Sewing the brim up at both sides, as in the original, looked ridiculous. Fortunately there were several hats in the archive with just one side swept up, so I left it at that. The rose was sewn onto the hatband, and the hat was complete.

The small print:
The Challenge: Heirlooms & Heritage
Fabric: Tulle, organza and silk – all synthetic, felt
Pattern: From the Wiener Werkstätte photographic archive at MAK
Year: 1908-09
Notions: Purchased hat, feathers, fruit juice bottle, tomato purée tube
How historically accurate is it? Given the list of fabrics and notions, I’d say 40% would be generous
Hours to complete: I lost the will to count partway though restitching the hat brim
First worn: Not yet
Total cost: Hat £12.50, feathers £2.60, fabric for rose £5.51 (with a lot left) everything else from stash, kitchen, or garden, so £20.61
Posted by Black Tulip at 23:22